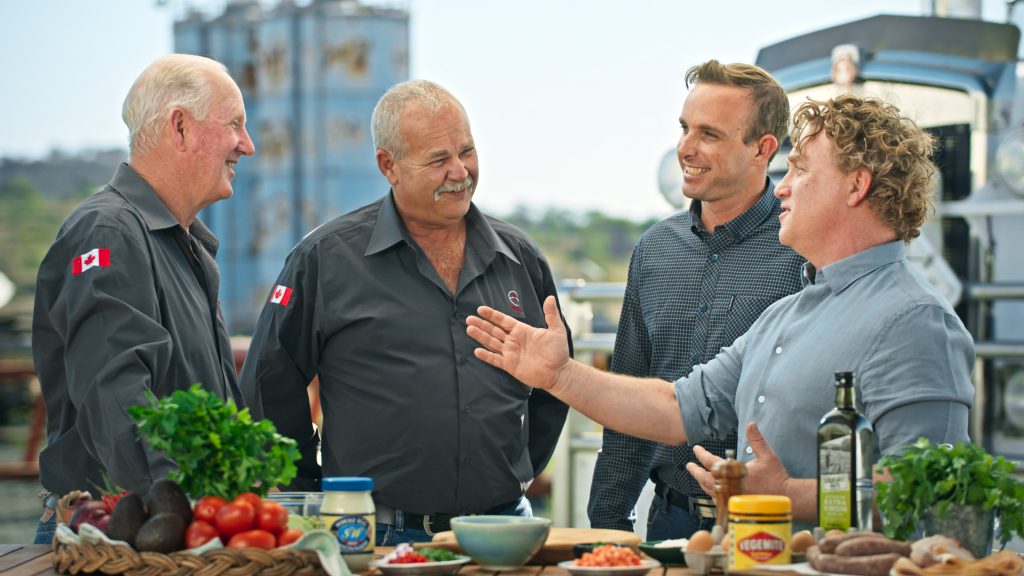 A breakfast burrito that packs a punch is on the menu for today’s episode of The Chef’s Secret, as two industries that power the regional communities in Queensland team up to talk all things breakfast and natural gas.

Celebrity chef, Adrian Richardson (almost!) hands over the cooking reigns to local company, Savanna Energy, in today’s episode where a delicious breakfast burrito is served up from BBQ to plate in no time at all.

Breakfast is the key to starting your day right, and Adrian’s burrito covers all the food groups: smoky bacon served up with guacamole and salsa, as well as his secret scrambled eggs and their special ingredient: Vegemite!

The simplicity of this burrito means it can be cooked up on the BBQ in a matter of minutes.

Savanna Energy Services is a contract drilling and well servicing company based in Toowoomba in Queensland, working with the onshore gas industry.

The Canadian-based company, which set up operations in Queensland in response to the gas sector start-up, are a critical part of the supply chain which ensures natural gas is delivered to both domestic and export consumers.

“A lot of people involved; there’s a lot of companies. (Savanna Energy) have 500 people and we work 24/7 to get (gas) to your plate,” explained Lynn Beardmore, Transport Superintendent for Savannah Energy.

Like many businesses around the country, a heavy vehicle fleet is a spoke in the wheel to keep Savanna Energy operations running smoothly.

The relationship between the natural gas sector and the trucking industry is a fundamental one: from transporting equipment between sites to moving liquified natural gas (LNG), more importantly they both work with regional communities.

“With 85 per cent of freight in Queensland moved within the state, the road freight industry is one that contributes a leading role in our State.

“We are proud to have Savanna Energy as our members who feature in this latest episode. They provide vital services to the resources sector and trucks play a key role in their operations.”

The sentiment is echoed by the national trucking body, the Australian Trucking Association CEO Ben Maguire: “The ATA and the natural gas sector have a strong connection as we both represent industries that are a vital part of the Australian way of life.”

“The backbone of both our industries lie in the regional and rural towns of Australia. Whether it’s local transport companies or the natural gas projects based near regional communities, we support communities, local jobs and small businesses” he said.

About The Chef’s Secret:

The first season had over 700,000 views online, with the watch-time equalling ten months of 24/7 viewing. Thousands of Aussies have also downloaded The Chef’s Secret free recipe e-book.

New episodes will be served up weekly on Tuesdays, with Adrian’s twist on some of Australia’s most iconic meals. The episodes can be watched online at www.bright-r.com.au, or on Facebook at @brighteraustralia

Brad Watts Media Manager Email: [email protected] Brighter is an initiative of APPEA, the voice of the Australian oil and gas industry. Brighter is all about natural gas and how we use it every day. As a naturally occurring and abundant resource, it will continue to play an important role in powering Australian homes and businesses. About Brighter