The Premier’s Science Awards recognise and celebrate the achievements of the Western Australian science community. The awards typically go to outstanding scientific research being conducted in WA.

The awards cover a diverse range of scientific fields, from medical to technological, and engineering to mathematics.

The main awards sponsors are, unsurprisingly, natural gas companies. The natural gas industry invests in Australian STEM education and awards because the industry requires highly-skilled workers and is a big part of the future of work and technology. 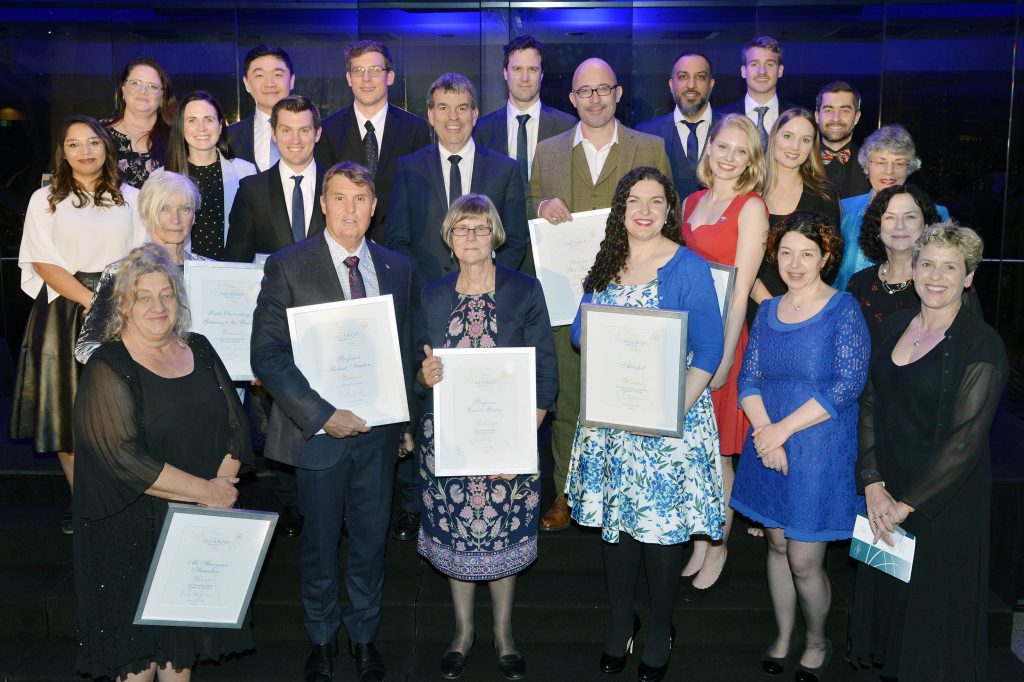 The award winners include:

Woodside Early Career Scientist of the Year – Dr Adam Cross, for his work in rehabilitating mining sites back to their pristine original states.

ExxonMobil Student Scientist of the Year – Ms Jessica Kretzmann, for her work in  the design and evaluation of new gene therapies that have the potential to revolutionise cancer treatment.

Shell Aboriginal STEM Student of the Year – Ms Sharynne Hamilton, for her doctorate, which seeks to merge western neurodevelopmental science with the social determinants of Aboriginal health.

The joint winners of the Chevron Science Engagement Initiative of the Year Award were Astrofest (Astronomy WA) and Perth Observatory – Gateway to the Universe (Perth Observatory Volunteer Group).

Astrofest has grown to become one of the biggest science events in Perth and the largest astronomy festival in Australia. About 4,000 people attend each year to view the night sky through giant telescopes and hear local researchers and science communicators talk about astronomy.

Perth Observatory is managed by the Perth Observatory Volunteer Group, a not for profit, volunteer-run organisation dedicated to stimulating public interest in astronomy and its history. The observatory hosts more than 200 viewing events annually, benefitting thousands of visitors.

‘Pipes in Space’: Winner of In.Site on his Otherworldly Photograph

STEM. It’s an acronym that’s being increasingly thrown around in conversations about education. And it’s not just teachers talking about it either; politicians, celebrities, social media influencers are all abuzz, and so are local …Read more
Feb 13, 2019 People & Industry

Strong role models, mentors and consistent exposure to science from an early age are just some of the ways we can encourage young girls into STEM jobs, according to women who are trailblazers in …Read more
Feb 26, 2020 People & Industry

Seeing the World Through the Eyes of an Engineer

Seeing the world through an optometrist’s eyes was something that sparked Carolyn Thomas’ initial career aspirations growing up. But the realisation that this meant lots of work in dark rooms, and with some support …Read more
>
Trending Nov 26, 2020 In The Community PCWA: Supporting the Next Generation Aug 07, 2019 In The Community How Landholders and Natural Gas Companies in Queensland are Coexisting Respectfully Aug 03, 2021 At Home What’s the tastiest way to cook meat? Nov 16, 2020 Clean Energy Future Hydrogen Sector to Rely on Australian Natural Gas Feb 22, 2019 At Home The Chef’s Secret- BBQ Pork Yiros To stay up to date
with Natural Gas Subscribe