Wetlands don’t get the credit they deserve.

They are biodiversity bonanzas, shielding coastlines from heavy weather, filtering our waterways and critically, capturing carbon.

That’s right. Wetlands reduce emissions by absorbing carbon that would otherwise be released into the atmosphere. Freshwater and coastal wetlands capture 34-50% more carbon than forest ecosystems.

Acting as a natural solution to climate change, research conducted by Edith Cowan University found Australian wetlands sequester up to four million cars’ worth of emissions, every year.

Under threat, wetlands are precious and need conserving.

Conservation Volunteers Australia (CVA) are throwing on their waders to lead the fight. In a long-standing partnership with Chevron Australia that extends over 15 years, the restoration of 10 wetlands across six states is already underway. Chevron has committed over $3.45 million to CVA in support of lower carbon projects. 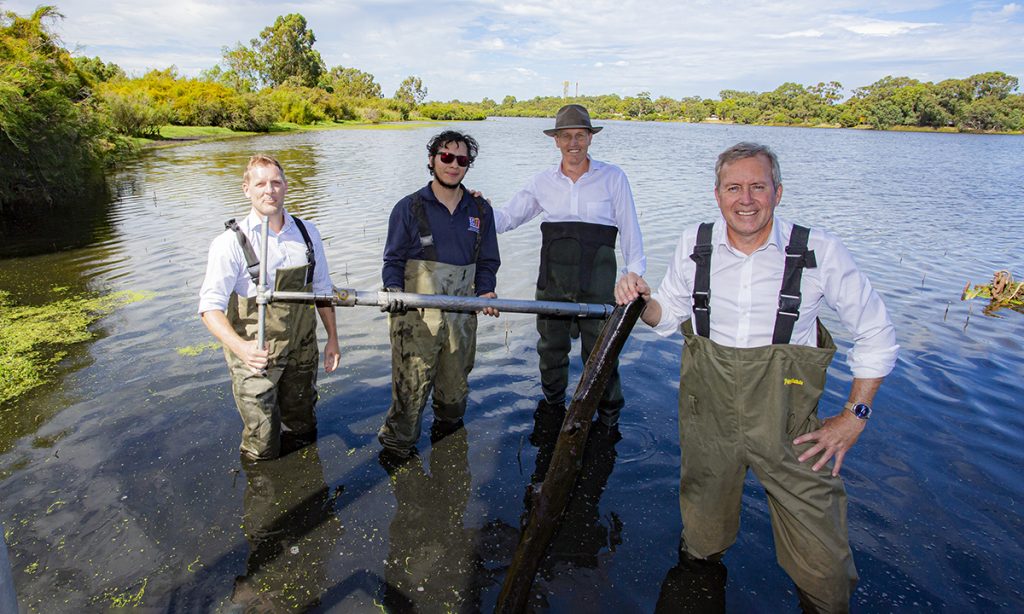 The aptly named ‘Revive Our Wetlands’ initiative will assist to restore and preserve the essential role these often-overlooked areas play.

“This year we are launching the Revive Our Wetlands campaign around World Wetlands Day 2022, 2nd February, to recognise and preserve the essential role wetlands can play in our fight against climate change,” she said.

“Together with Chevron Australia, we’re very excited to bring local communities together through the work of our Revive campaign to restore these important ecosystems for the benefit of nature and people.”

Keen to get involved? Right on! Check out CVA’s volunteer page and join a project today.

A huge step has been taken toward making flying more sustainable while elevating local agribusiness, as a project that could change the way we travel takes flight. The project? Simple. Grow SAF. Let us …Read more
Feb 18, 2022 Clean Energy Future

It is rare we bear witness to the unveiling of a new sea monster, but avast, for we welcome a world first; a 209,000 tonne, natural gas-breathing monolith. Built by wizards and piloted by …Read more
Sep 01, 2018 Clean Energy Future

Renewable energy, partnered with the flexibility and stability of natural gas, offers a compelling pathway to reducing global emissions according to the 2019 World Energy Outlook report.
>
Trending May 29, 2019 In The Community Recap: Brighter at Science Alive in Geelong May 12, 2022 People & Industry A chat with In.Site Awards ‘People’ winner Michael Edmondson Jun 11, 2020 In The Community Milestone 500th Cargo Departure Highlights Local Benefit Dec 18, 2020 People & Industry FSRU: The Giants of the Sea Mar 06, 2020 People & Industry Celebrating International Women’s Day To stay up to date
with Natural Gas Subscribe