One of the world’s largest carbon capture hubs, with the potential to capture up to 20 million tonnes of carbon dioxide every year, has been confirmed for development in South Australia.

That’s not even the best part. It has a really fun name. 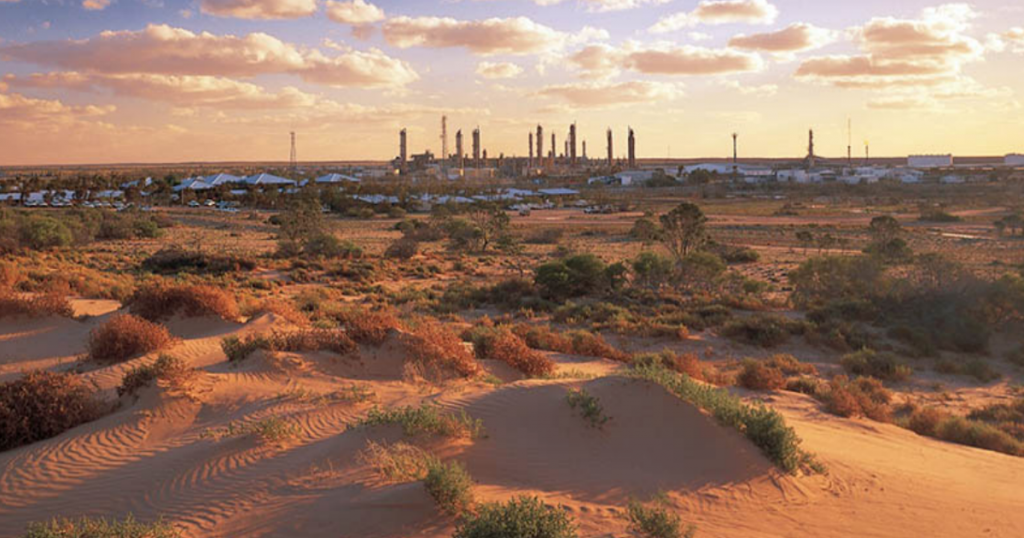 Say it out loud and try not to smile. Go on, we’ll wait…

20 million tonnes is a lot of C02. In fact, it’s the equivalent of the emissions generated by 3.6 million homes in a whole year. For reference, there’s just over 3 million private homes in NSW.

Named after the location of the project in Moomba, South Australia, the investment is another big win for carbon capture and storage (CCS). Gas companies Santos and Beach Energy have partnered to confirm a hearty $220 million investment in getting the project out of the boardroom and into the SA desert.

Located 800km north of the SA capital, the project will be one of the world’s largest carbon capture projects, initially stowing 1.7 million tonne per year in depleted reservoirs that once held oil and gas in place, with potential to scale to 20 million tonnes per year.

Explainer: What is CCS?

Solar power made up about 5% of Australian electricity generation in 2018. About 0.8% of that was from large-scale solar (sometimes called solar farms). The rest was from solar panels installed in around one-fifth …Read more
Jul 14, 2021 Clean Energy Future

Hydrogen. It’s the most abundant element in the universe, and the lightest. But this isn’t a high school science class, so what does it have to do with you?   LIGHT SWITCH Like renewables …Read more
May 10, 2021 Clean Energy Future

Will your next car be hydrogen powered?

Hydrogen is kind of a big deal these days. Well, truth be told, it’s always been a big deal; the most common element in existence, this natural gas has long cemented its status as …Read more
Dec 09, 2019 Clean Energy Future

The Chevron-operated Wheatstone Project is helping provide access to affordable, reliable, ever-cleaner energy in the community of Onslow through a solar and natural gas powered microgrid. Together with the WA State Government, Chevron and …Read more
>
Trending Jan 20, 2020 Clean Energy Future This Recent Partnership Means Australians Are About to Get More Solar Power Nov 24, 2021 Clean Energy Future Contributing to clearer skies Jan 13, 2020 In The Community The Town of Miles in Queensland is Becoming a Tourism Drawcard Aug 01, 2019 People & Industry Introducing Bright Sparks May 21, 2021 In The Community RFDS partnership with Senex delivers medical chests across rural Queensland To stay up to date
with Natural Gas Subscribe