A Glen Waverley-based business, which has played a big part in keeping Australia’s lights on every day for the last 85 years, has a global footprint spanning six countries and attributes success to its family ownership.

Founded in a South Melbourne garage in 1933 by Jack Wilson, the company is now headquartered on Springvale Road in Glen Waverley. They also have operations in Wodonga, New Zealand, the United Kingdom and USA. Joint ventures are also in operation in Israel, Malaysia, the Philippines and Saudi Arabia.

Today, Wilson Transformer Company is run by Jack’s grandson, Ed Wilson, who says a big part of their success is the family ownership. 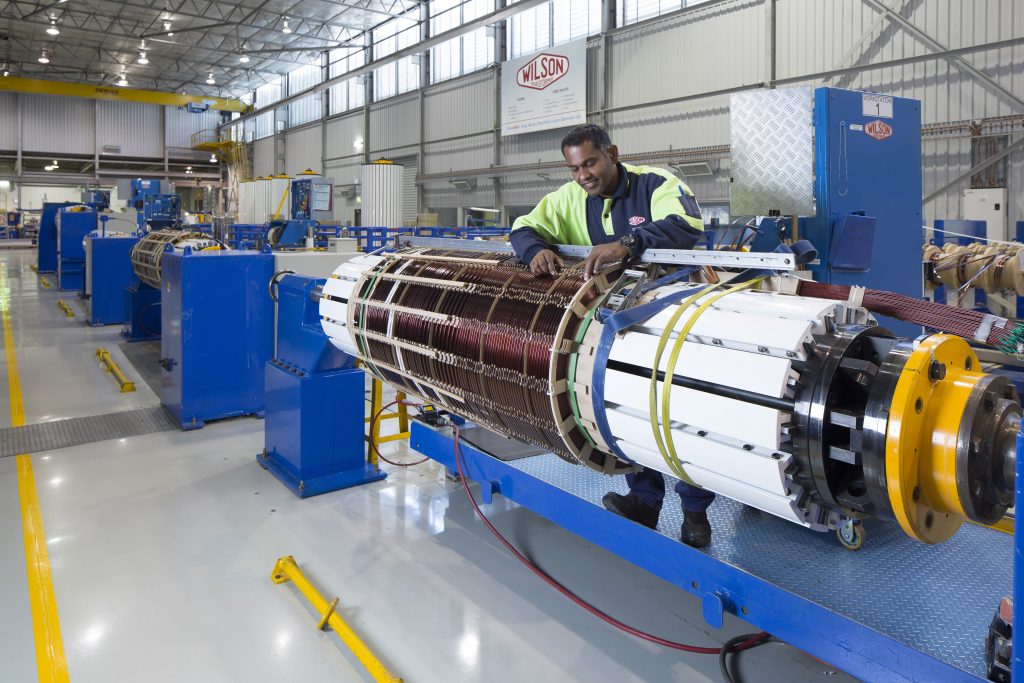 “Being family owned has helped us makes long-term investment decisions, rather than short-term decisions”, says Ed.

Their reputation in the energy industry was internationally recognised in 2012 when they became the first Australian company to receive certification as a global supplier to energy company, Chevron.

“The qualification process [for Chevron] challenged our safety approach and really opened our eyes to what was possible and where we wanted to head. It’s enabled us to supply many of the oil and gas projects in Australia and put us in a good position to take on these projects in the future”, he says.

Ed adds that a focus on quality and people have helped build the business to its status as a trusted solution provider.

“We produce strategic assets that have a very long life of between 40 and 60 years, which means our customers are looking for quality products. We also focus on having the right people in the business with the right passion to drive sustainable improvements and make WTC an enjoyable workplace”.

Wilson Transformer Company recently opened their power transformer facility for a site tour to a number of small businesses operating in the City of Monash to foster economic development in the city.

We check in on a Bright Spark who hasn’t just lit the torch, he’s carrying it. Brighter’s Bright Sparks segment is dedicated to examining the lives of people who light up the gas industry …Read more
Jun 05, 2021 Clean Energy Future

Today, gatherers around the world are celebrating World Environment Day, a United Nations Environment Programme (UNEP) that has spread awareness since 1974. Organisers encouraged people all across the world to register events to mark …Read more
May 12, 2021 In The Community

Now that this year’s In.Site Photographic Competition has finished, we thought we would shine a spotlight on our winners to gain a deeper understanding of them and their submissions. First up is Paul Thomsen, …Read more
Mar 20, 2020 In The Community

World Water Day (March 22) is an annual observance day driven by the United Nations to highlight the importance of freshwater. A country like Australia understands this better than most.   Water is a valuable resource on which we are all reliant.  The …Read more
>
Trending Sep 09, 2019 In The Community Celebrating National Bilby Day May 14, 2020 Clean Energy Future Natural Gas Supporting Clean Energy in Queensland Jun 28, 2021 At Home What does it mean to be carbon neutral? Dec 05, 2019 In The Community Darling Downs Keeping its Head Above Dust Jun 03, 2022 Clean Energy Future Only One Earth To stay up to date
with Natural Gas Subscribe