When it comes to habitats, fish are voting with their fins. They prefer artificial reefs.

Yes, you read correctly. Aquatic life is swarming to out-of-service oil and gas platforms at rates “at least four times higher per unit area than some of the world’s most productive coral reefs.” 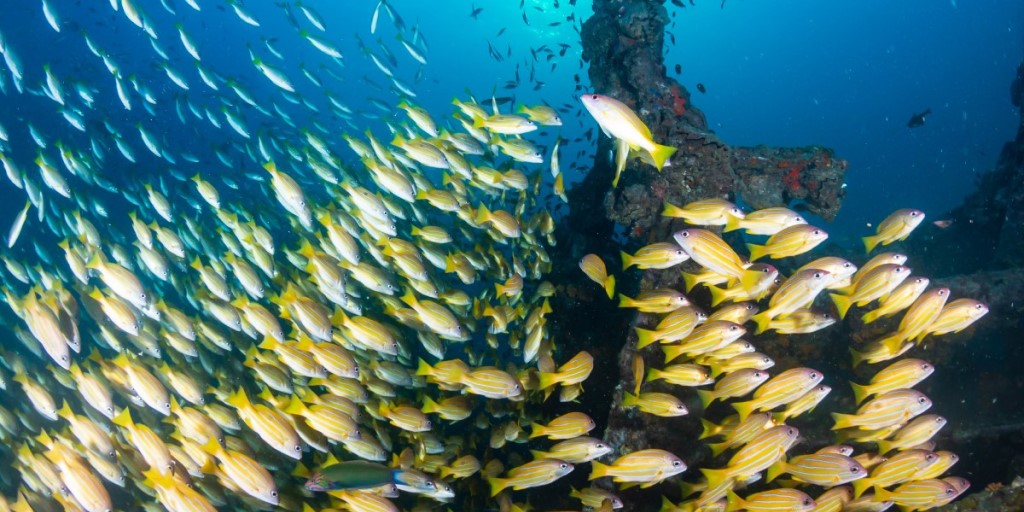 Meaning if you’re looking for Nemo, you’re four times more likely to find him and his schoolmates at an artificial reef than a real one.

The lead author on the Curtin University report, Professor Euan Harvey said the structures studied had economic benefits to match the ecological ones.

“Most jurisdictions require that offshore structures be removed for onshore disposal,” he said.

“However, there is growing interest in understanding the ecological and socio-economic benefits of leaving structures in the water. In this study, we recorded 43 species of fish on the platforms and five reference sites with most fishes on platforms categorised as coral-reef or coral-reef-associated species.”

One of the largest examples in Australia is the King Reef, off the coast of Exmouth, WA.

The largest and fastest developing purpose-built artificial reef in the Southern Hemisphere, it is primarily composed of six giant steel structures repurposed from BHP’s Griffin offshore facility, decommissioned in 2018. 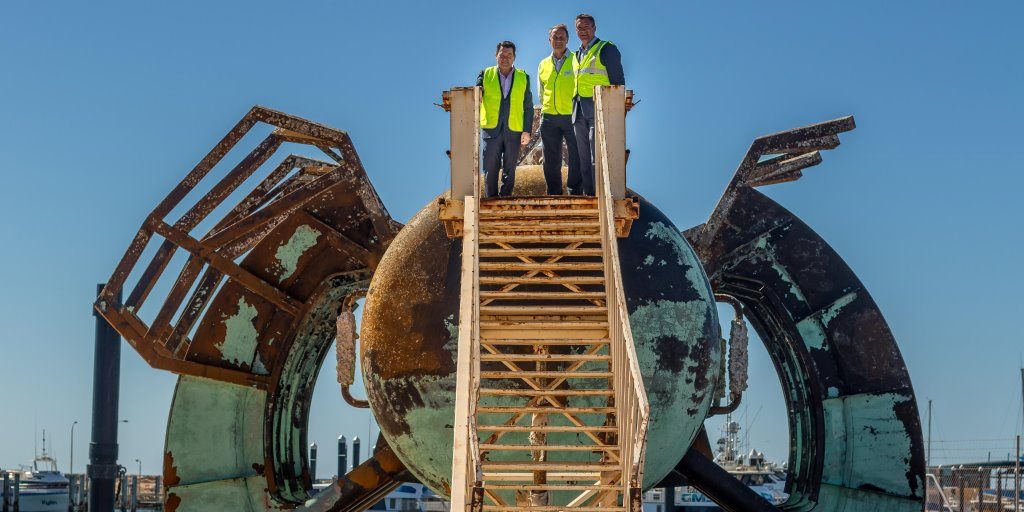 How do these artificial aquatic environments become marine life magnets?

Repurposed and retired offshore oil and gas platforms submerged legs attract marine life. Over time, they spawn ecosystems that become dependent on them in a similar fashion to naturally occurring reefs. Other parts of the platforms are also reused in this fashion.

This intentional leaving of submerged support structures and parts is referred to by the industry as a Rigs-to Reefs (RTR) procedure. This produces visually stunning habitats conducive to the growth of marine life.

The practice isn’t unique to the oil and gas industry, either – everything from decommissioned ships and vehicles through to underwater art installations have been created for a similar purpose.

Read more about WAs King Reef

Learn more about artificial reefs and how they come to be.

The ‘Top 100 Future Leaders’ competition aims to find the most promising future leaders graduating from Australian universities in 2019. Ben was invited to represent the University of Southern Queensland where he is completing …Read more
Mar 23, 2022 People & Industry

A tent pole for the Territory

The role of natural gas in the Northern Territory isn’t just generating cleaner power to keep the lights on. Be they apprentices or long-time staff behind desks or on the tools, the gas industry …Read more
Aug 19, 2019 People & Industry

Game-changing Hackathon This Weekend in Perth

Are you a WA uni student who constantly has great ideas for real-world problems? Well, there’s nothing better than a hackathon to get some exposure. This weekend the Chevron Hackathon kicks off in Perth, …Read more
Mar 03, 2020 At Home

Sides elevate a dish from delicious dinner to memorable meal. Capable of taking a well cooked piece of protein to a whole new level, well executed sides are often overlooked and sometimes undercooked. Armed …Read more
>
Trending May 14, 2021 At Home Gas vs. Charcoal: BBQ Showdown Dec 20, 2018 People & Industry A Training Journey Right to the Top Jun 04, 2020 People & Industry Industry Meets University: Students Hear from Energy Industry Executives on Career Development in the Resources Sector Feb 11, 2020 At Home The Chef’s Secret: Season Two – Celebration Skewers Dec 02, 2019 In The Community The Santos Tour Down Under to be Bigger and Better in 2020 To stay up to date
with Natural Gas Subscribe