Unpredictable, deep, and teeming with murderous creatures; the sea is a cruel mistress.

Entire genres of film and literature are dedicated to tales of the ocean’s mistreatment of interlopers.

With crews of more than 50 professionals boarding vessels to take on these jobs, it is a costly, emissions and resource-intensive exercise that places teams of workers at the whim of the ocean and at risk of contracting COVID. 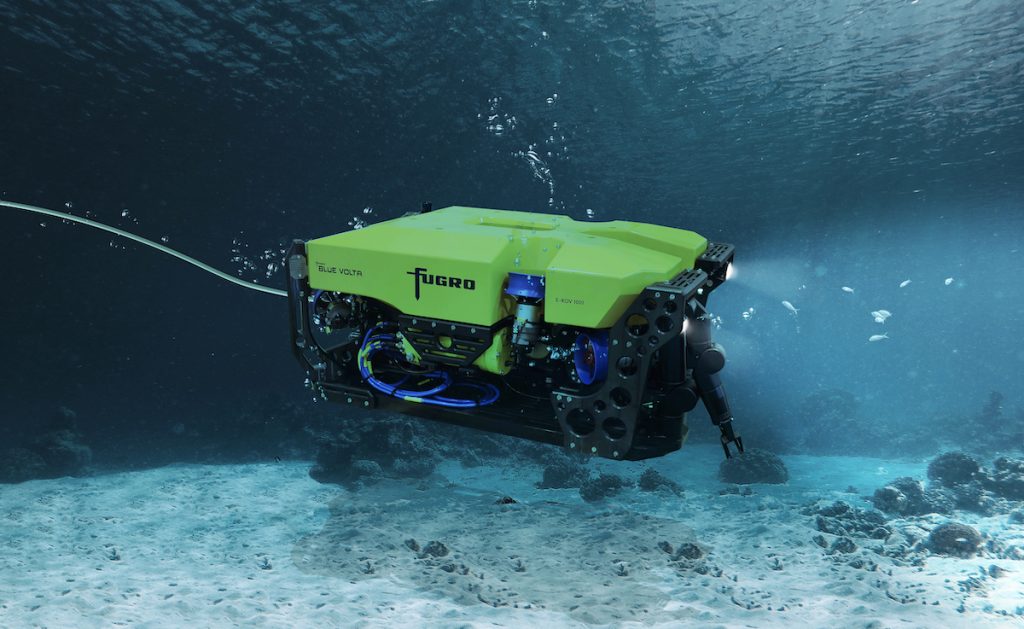 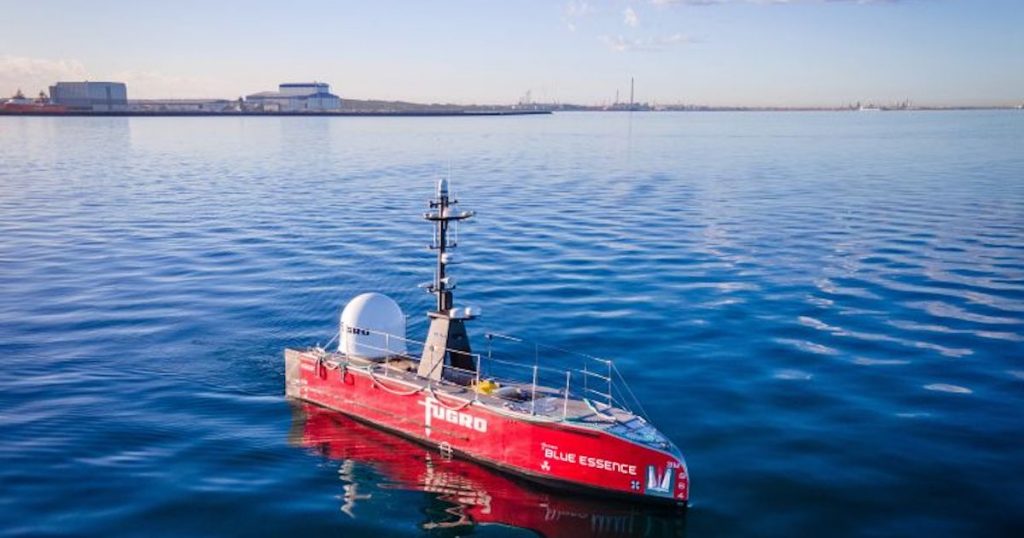 Never seen before anywhere in the world, the Uncrewed Surface Vessel (USV), named the Fugro Maali, is capable of withstanding 10 days at sea at up to 27 knots of wind (over 50km/h).

The USV took the name Maali from the Noongar term for ‘black swan’, which is both the state bird and emblem of Western Australia, where the project is based. Operated from an onshore remote operations centre (ROC), the robotic pair are proving a revelation.

The Maali and eROV teams completed their first mission in May 2021. Inspecting North West Shelf gas lines for safety, the pair navigated 1300 nautical miles, including Dampier Port, one of the busiest ports in Australia, without incident.

Compared to a traditional vessel, it’s a case of Honey, I Shrunk the Boat. Emissions were reduced by a staggering 97%.

In addition, it resulted in a 100% reduction in personnel from hazardous situations – no helicopters or planes – delivering lower costs and higher efficiency.

Since May, the Maali has completed two more inspection campaigns traversing deeper waters, as the systems are developed constantly to take on more complex, higher risk tasks.

For example, the eROV has been fitted with a high-pressure water jetter to inspect subsea assets that have been gunked up with sea detritus. The eROV has also been deployed to deliver millions of ultra-high-definition images, from 150 metres under water.

The culmination of years of work between maintenance contractor Fugro and Woodside, the vessel has only scratched the surface of what is possible in remote operations.

This local innovation has surely taken us a significant step closer to a future in which the only time we need to brave the deep blue, is for recreation. Preferably on summer holiday.

The 500th cargo of liquefied natural gas (LNG) has been loaded and sailed from the Australia Pacific LNG facility on Curtis Island, in Queensland. The departure of the ship marks a watershed moment for …Read more
Dec 20, 2018 People & Industry

A Training Journey Right to the Top

STEM, an acronym that stands for Science, Technology, Engineering and Maths, has come to be viewed as a way of thinking, rather than just a promotion of technical subjects. According to education expert, Linda Pfeiffer, is …Read more
Mar 03, 2020 At Home

Sides elevate a dish from delicious dinner to memorable meal. Capable of taking a well cooked piece of protein to a whole new level, well executed sides are often overlooked and sometimes undercooked. Armed …Read more
>
Trending Apr 22, 2020 In The Community Regional Community Spotlight: Sale, Victoria Jan 28, 2020 At Home The Chef’s Secret: Season Two – BBQ Fish and Chips Jun 25, 2020 Clean Energy Future The Australian Town Forging a Clean Energy Future with Renewables and Natural Gas May 04, 2022 In The Community In.Site 2022 Photographic Awards: Winners announced May 15, 2019 In The Community Democracy Sausage: All You Need to Know To stay up to date
with Natural Gas Subscribe