When we next turn on our kitchen gas cooktops and they alight, perhaps we should all whisper a little thank you to people like Dean Johnson.

If you live in South Australia, chances are the 43-year-old dad from Beaumont, in Adelaide’s eastern suburbs, will be at the other end of the gas pipeline ensuring you get what you need. 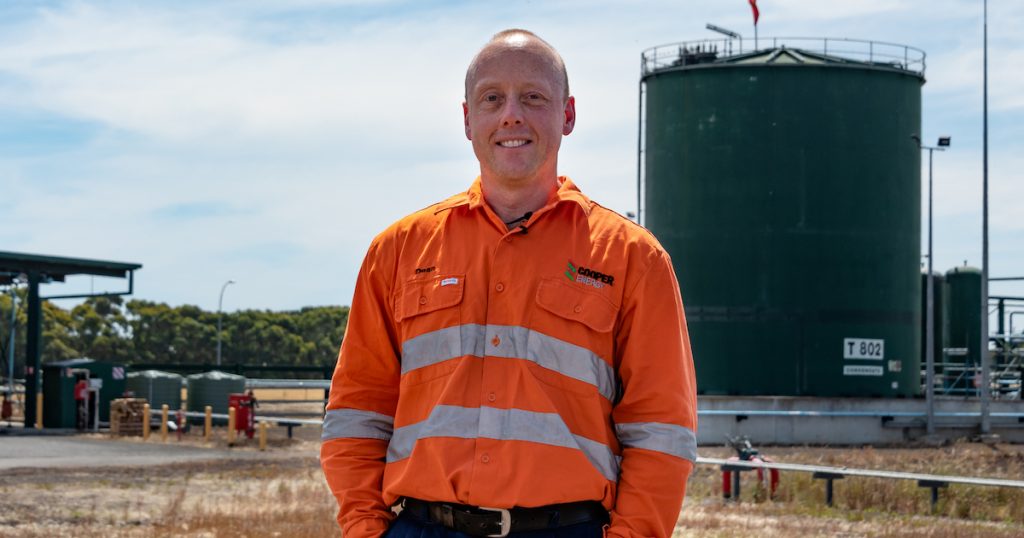 “I don’t think people really have an appreciation or idea of the breadth of how gas touches their lives,” the Cooper Energy operations manager said.

“All of our gas goes into pipeline gas so when you turn your barbecue on or your kitchen cooktop you are enjoying the fruits of our work.”

The workers who produce those fruits across Australia have been found to be an intrinsic part of the nation’s way of life.

One might often think of as a gas worker as being stationed off the coast of Western Australia – the technician or rig maintenance worker. Of course, they are there, playing their part.

But what’s often overlooked is that the gas industry supply chain reaches into, and wraps itself around, the suburbs of our smallest, remote towns and biggest cities.

These workers sell gas bottles for home barbecues and businesses, ensure the safety of supply to homes, or work as gas fitters renovating homes or installing deep fryers in fish and chip shops.

Gas is everywhere, the Australian Gas Industry Trust study found, making and powering the products we use – and supporting the employment of over a quarter of million Australians.

Highlighting the depth and scale of the gas industry supply chain’s economic and social contribution, just over 165,000 full time equivalent (FTE) jobs were directly supported as well as about 47,000 businesses.

Another 95,000 jobs nationally are indirectly supported by the supply chain – meaning a total of just over 260,000 jobs across Australia are directly and indirectly are supported in total.

The study also reveals how youths are supported with a pathway to employment, with about 2,200 young Australians in apprenticeships and traineeships last financial year.

AEAS said in its report: “The key finding of this report is that the gas industry supply chain is crucially important to Australia – creating employment opportunities and driving activity.

“In regional areas, the gas industry acts as a foundation for prosperity across many townships due to supply chain spend and the livelihood provided to employees and their spend that this delivers to local businesses.”

One in every 54 Australian workers relies on gas for their income, earning an average annual salary of $90,200, compared to the national average wage of $67,902.

The study was welcomed by AGIT, which said it demonstrated how deep the industry was involved in the community.

AGIT Executive Officer Dr Jen Thompson said: “We are everywhere – across our regions and across our suburbs – and all Australians benefit in some way from gas and the supply chain.

“This shows the gas supply chain is intrinsically part of our communities and one of Australia’s biggest drivers of employment and economic activity.

Natural gas is vital to Australian manufacturing. It really is. The question you might have, though, is how? What does industry do with natural gas? We’re glad you asked. Natural gas has two primary …Read more
Sep 18, 2020 At Home

As we continue to manage the impacts of COVID-19, one of the things Victorians will miss most this September is the Royal Melbourne Show. Having run for over 160 years, the show is well-loved …Read more
Feb 22, 2022 At Home

The Australian Blue Economy is worth $81.2 billion. That figure alone means it must be important. So, what is it? A hint: ‘Blue’ is a reference to the colour of the ocean. The World …Read more
Jun 04, 2020 At Home

The natural gas industry is embedded within regional communities across Australia. These articles will profile some regional communities that have has long-standing relationships with the natural gas industry. ​ Fast Facts: Key towns to the industry: …Read more
>
Trending Feb 25, 2022 In The Community Cultural burning to cut emissions Mar 03, 2020 At Home The Chef’s Secret: Season Two – Sizzling Sides Mar 23, 2022 People & Industry A tent pole for the Territory Apr 18, 2019 At Home Five Alternative Recipes for the BBQ this Easter Jun 25, 2020 Clean Energy Future The Australian Town Forging a Clean Energy Future with Renewables and Natural Gas To stay up to date
with Natural Gas Subscribe