The natural gas industry plays an important part in Australian life. It heats our cooktops, homes and water.

Last year, the In.Site Photographic Awards were launched to celebrate photography that captures the best of Australian natural gas in our regions and communities.

Now, award sponsor Brighter is pleased to announce the winners of the 2021 In.Site Photography Awards. There are four awards in total, including an overall winner, as well as three others in the categories of Environment, People, and Community.

Our judging panel was impressed not only by the number of responses received, but also the consistent high quality of the submissions. This made for a challenging judging process, but in the end, there were four photos that stood out.

The overall winner was Oceaneering Australia employee Brodie Basterfield, who wowed the judging panel with his image ‘Rope Access’, capturing a rope access technician in an ethereal glow at the Longford Gas Plant in Victoria. 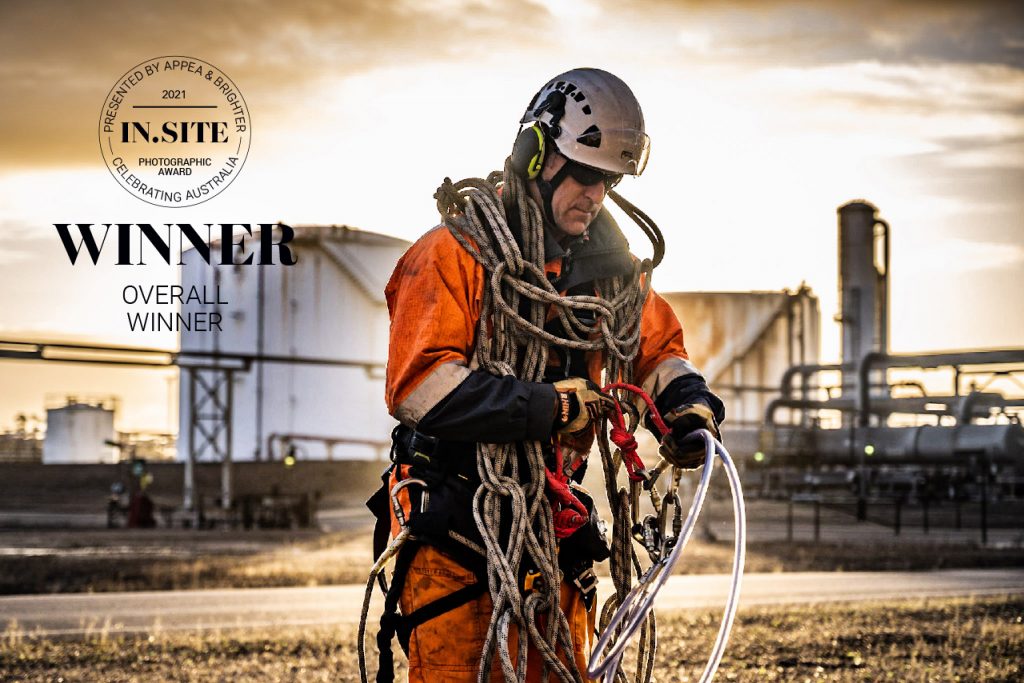 The winner of the People category was Toni Dugdale, External Affairs Manager at Origin Energy, for her photo ‘Gotcha’, capturing the opening of the company’s refurbished Roma office in Queensland. 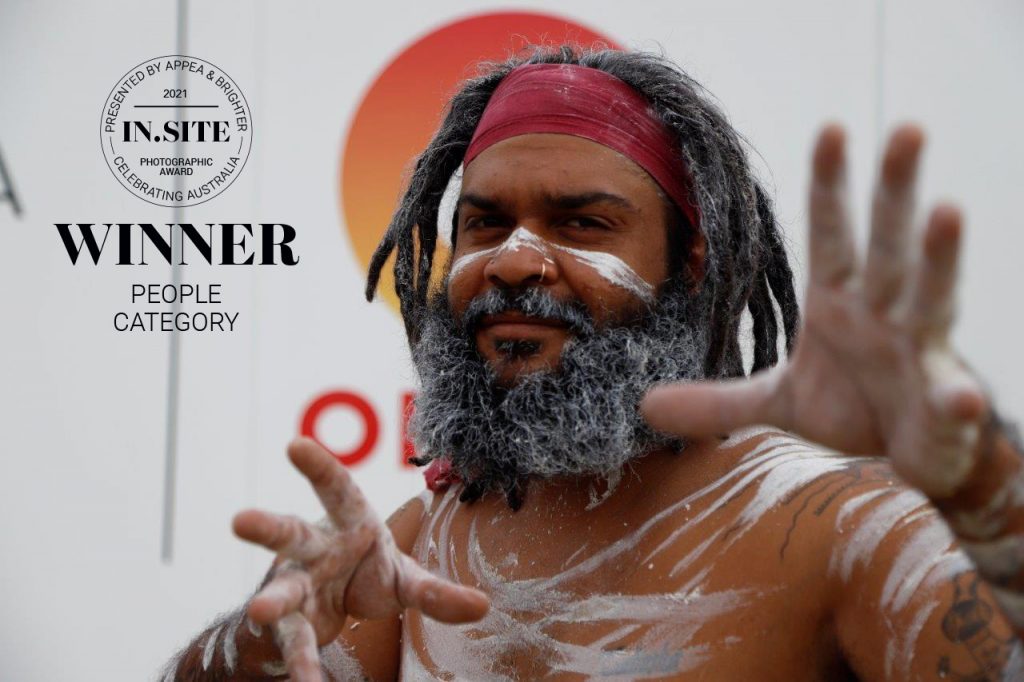 The winner of the Community category was ‘Finding a Happy Spot’ by Martin Heller, Mitsui E&P Principal Advisor – Environment & Regulatory Approvals. The photo features several landowners, contractors, and Mitsui employees with a canine companion in tow at the Waitsia gas field in the Perth Basin, Western Australia. Finally, the winner of the Environment category was the literally and figuratively striking ‘Twilight Lightning’ by Paul Thomsen, Santos End User Computing Support Engineer, depicting a fearsome lightning bolt at Marlow Lagoon, near the Darwin LNG Plant in the Northern Territory.

A donation to the Royal Flying Doctor Service is made for every picture received, amounting to a total of $5,000 raised for this year’s event.

Brighter would like to congratulate all the winners and thank everyone else for their submissions. To see all of the excellent photographs we received this year, including the above winners, please visit the In.Site gallery.

We check in on a Bright Spark who hasn’t just lit the torch, he’s carrying it. Brighter’s Bright Sparks segment is dedicated to examining the lives of people who light up the gas industry …Read more
Jan 20, 2020 In The Community

This weekend Brighter is proud to be partnering with a number of Rotary Clubs around Australia, coming on board to sponsor each club’s BBQ celebrations. According to Philanthropy Australia, around a quarter of charities …Read more
Dec 07, 2020 In The Community

Meet the Superstars of STEM Smashing the Glass Ceiling

The Superstars of STEM Program shines a light on the extraordinary women employed by Australia’s science, technology, engineering, and mathematics (STEM) industries.   The program exists to smash gender assumptions about scientists; highlight the vital contribution made by women scientists …Read more
Oct 27, 2021 In The Community

NT to the Front